Hi everyone,
as we say in French, “toutes bonnes choses ont une fin”,
and with Ai my beautiful spouse it is now almost certain that we will be leaving Australia in May to go back to live in France normally.
As there is no question I am going to leave this country without saying farewell to my beautiful friends here, I thought the best way to say goodbye would be one last farewell gig.
Please join me on Tuesday the 13th of April from 7pm onwards at the Niche Cafe, 73 Smith Street in Fitzroy, tel 9416 3439
It will be an exciting night where I should play a little set (my first solo gig in more than one year) from 7.30pm onwards.
Then around 9pm I will be joined on stage by The Lava Tones, the band I formed recently with Mark Fitzo (GB) on the guitar, vocals & incredible songwriting and Dave “The Professor” Lindsay (AU) on Sax.
There should be other surprises during that night: especially some of the latest musical works from Tim Chesley & The Lava Tones should be available on some CDs available that night
Truly an event not to miss
So, to sum up:
“Tim Chesley & The Lava Tones – farewell gig
Tuesday April 13th from 7pm onwards at the Niche Cafe, 73 Smith Street, Fitzroy, tel 9416 3439
Tim Chesley on stage from 7.30pm
The Lava Tones on stage from 9pm”
See you there guys, and please don’t hesitate to get back to me to let me know if you’re thinking of attending or not.
Cheers,
Tim de la Chapelle (stage name: Tim Chesley)
| 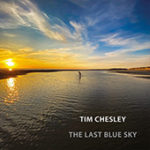