Hi, my name is Tim Chesley.

I am a French/American songwriter.

I would describe my music as “Progressive Pop Music” (a mix between Pop & Progressive Rock – think for e.g. Anathema “Weather Systems” or Steven Wilson from Porcupine Tree). I believe in God and I am a Christian, and this has subtly inspired the lyrics in my songs.

I have done several independent releases in Australia and in France, before being signed in 2018 by Revolver Records (UK), an independent record label based in Wolverhampton (Stone Roses, Jane’s Addiction, etc.)

You can find my latest releases distributed by Revolver Records (“Maybe One Day” and “Rain”) on Amazon, Apple Music, Spotify, Deezer, and on my website at www.timchesley.com

During my years in Melbourne, I met some great musicians such as David Bridie (Not Drawning Waving, My Friend The Chocolate Cake), Daniel Gassin, Unified Gecko, San Lazaro, Belle Roscoe, Tim McMillan, Shivantha from ME3, my pals the LavaTones Mark Fitzpatrick and Dave Lindsay…

My time in Australia was great as it gave me chance to perform on a regular basis, with bands on the bass guitar or as solo act (electro-acoustic guitar + voice), to play in festivals, etc.

Over my musical career I had the chance to play in some memorable venues: the Gibus and the New Morning in Paris with Aloxe & Katerine Gierak (now “Mademoiselle K”), RRR FM, Manchester Lane, 303, Wesley Anne etc. in Melbourne. I have also performed in the US (around Newport, Rhode Island) & Mexico (Monterrey).

Back in France in 2010 I worked with Noxize (aka Flesh is The Fever) on the VERTIGO OBSERVER « electro pop » project (https://soundcloud.com/vertigo-observer) as a blend of our influences (electro for Noxize, pop for me).

Between 2012 & 2014 I worked again on new songs with my cousins Cyrille Latour (bass) and Matthieu Latours (drums), reforming what used to be the family band « Aloxe » for a few gigs around Paris.

In 2016 I ended up recording at the Music Factory studio in Herblay (around Paris) a 5 track EP, “Rain”, using the piano as the only common link between the different songs.

I sent a few copies of “Rain” to some record labels notably based in the UK (as I felt that the English market may be more receptive to my sound, largely influenced by the English artists I mentioned above), and it is that way that I ended being discovered and signed by Revolver Records.

The “Rain” EP was the first part of a concept called “Rain & Blue Sky” that reflects on the constant changes in our lives, which can be assimilated to the permanent changes in the weather.

The second part of the concept is “The Last Blue Sky” EP that I am proud to present today, which was also recorded with the Music Factory studio team (Julien Vonarb on the guitars and realization, Aurel Ouzoulias on the drums) as to keep the same sound and ambiance I had found on “Rain”.

“The Last Blue Sky” has a sort of “end of our times” feel, and an overall underlying comforting message that we are all called to live forever and to embrace eternity guided by the inner and deep sense of love which links us all together.

As for the previous releases, “The Last Blue Sky” can be found on the usual platforms such as Apple Music, Spotify, Deezer, and is scheduled to be released on October 13th, 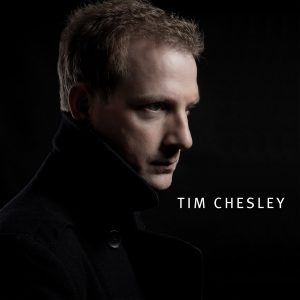 You can follow my song creation on APPLE Music. 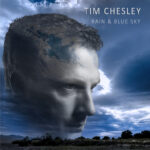