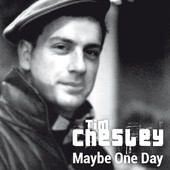 Remixed by Cameron McKenzie in Melbourne (Australia) in 2010.
Remastered by Raphaël Jonin in Paris in 2011.

This album is a collection of recordings I have done over the years (from 2003 to 2011) in very different places (French Alps, Paris, Melbourne Australia)
“Maybe One Day” was recorded in Melbourne (Australia) in 2008 and 2009 for the alternative version. Both versions were recorded by Cameron McKenzie (Mark Seymour from Hunters & Collectors, Belle Roscoe, The Androids, …)
The other songs on this album were recorded between 2003 and 2006 in the isolated family house in the French Alps and in various recording studios in Paris.
I’ve always felt that the French recordings were somewhere untrue to the original spirit of the songs, so I “rerecorded” some of the songs and remixed them in Melbourne with Cam McKenzie in 2010.
I then finally did the mastering of these remixes in 2011 in Paris with Raphaël Jonin who is considered to be one of the top specialists of mastering in France (Yannick Noah, Camille, Cesaria Evoria, …) 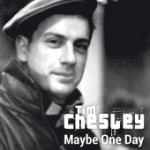