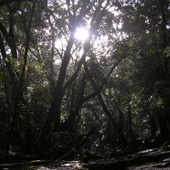 The idea was to record some drums on “Maybe One Day”, the highlight of the 2008 session with Cam McKenzie.
In March 2009 Graham Thwaites a friend of mine came to play some drums on a revisited & adventurous version of « Maybe one Day ».
The other track we worked on is « Dusk », an instrumental piano based song, inspired by a recent trip I did at the time to Marysville in Victoria.
Marysville was one of the towns totally wiped out by the bush fires which ocurred in Victoria in February 2009, especially during the « black saturday »
I visited Marysville after the bush fires, arriving at dusk in this desolated little town lost in the middle of the forest, and it was such a sad & unreal vision that I decided to express my feelings in the instrumental track called « Dusk ». 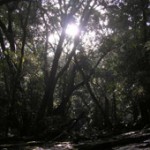