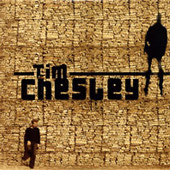 The recording of this 12 track album simply named “Tim Chesley” actually took three years in which was a very painstaking process.
I started recording material on my own in my isolated family house in the French Alps between 2003 & 2004, with the help of Matthieu Latour & Thibaud Guichardan.
I then realized that I needed some help in finishing the project, and worked during a few months with Alain Parmentier in Taverny around Paris.
I then finally finished the project with the help of Eric Page at Olly Productions in Paris, while I was working part time in the morning and going to the studio in the afternoon.
My biggest regret is the absence of a real drummer on the tracks.
My favorite tracks is “Hold on to your soul”.
It is during that time that I chose “Tim Chesley” as my artist name. 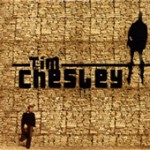