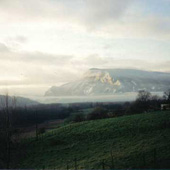 NEWPORT was recorded in my family house in the French Alps around the fall of 2003.
I spent a lot of time recording on my own at the time, with the help of Matthieu Latour and Thibaud Guichardan, who mixed the track.

CROIRE AU BONHEUR was recorded in the same conditions, but was mixed by Alain Parmentier in Taverny (Paris area) in 2004.

MESDEMOISELLES, a song we composed with ALOXE, never ended up on any album or EP, which is a pity, because it was one of our favorite songs.
The only recorded version of this song was recorded at Alain Parmentier’s studio in 2004, and Matthieu Latour was on the drums. 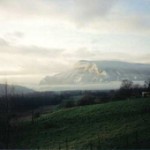